Angela loves all things related to quilting! She started her quilting career over 10 years ago at the side of her husband’s grandpa. He patiently taught her the art of quilting by helping her make her first quilt, a 9 patch quilt that is still on her bed today. She can’t believe how much has changed since that first quilt! Angela is still a quilter, of course, but now she can add Author, Quilting Teacher, and Fabric Designer to her resume. She is still so amazed by that! She has written several books, including “Free-Motion Quilting with Angela Walters”, “In the Studio with Angela Walters” and the “Free-motion Quilting Workbook.” If there is one thing that she loves as much as quilting, it’s talking about quilting. Angela loves to give lectures and teach quilting classes both in person and online. She has also quilted for several books, magazines, and publications, and feels that she is so fortunate to have the best customers!

But, no matter what accomplishments she lists on her bio, they pales in comparison to the titles she holds in my personal life: Mother to three adorable children, Wife to her awesome husband, and confirmed coffee addict. 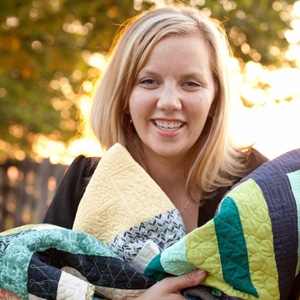 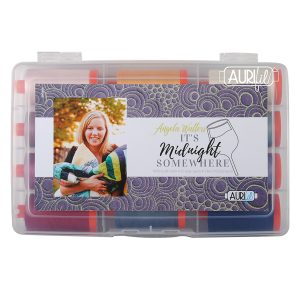 Aneela Hoey Anna Maria Horner
This website uses cookies to improve your experience. We'll assume you're ok with this, but you can opt-out if you wish.Accept Read More
Scroll to top